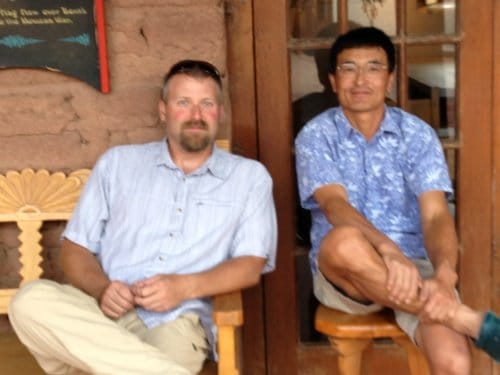 Mark Strayer, President, is a Pennsylvania native, but after extensive travel through the country after school, he became a Colorado resident in 1995, where he promptly started his own construction company. Though his business thrived in Boulder, he was drawn to the mountains, and when a development opportunity presented itself in Winter Park in 1998, he could not refuse. He has been in Grand County ever since. Mark has periodically served on the Board of Directors of the Grand County Builder’s Association since 2003, its goal being to improve the quality and professionalism of the county’s building community. On a personal note, he’s an avid snowmobiler and bow hunter, and his wife Stacy is a Realtor, servicing the greater Winter Park area.

Kevin Life, the Financial Officer and On-Site Manager, spent four years traveling the globe with the Marine Corps before returning to Colorado to hone his carpentry skills. After owning a busy construction company in the Fort Collins/Greeley area for 5 years, he took on a job in Fraser and moved his company permanently to Grand County in 1997. He joined forces with Mark Strayer a short while later. On a personal note, he holds a black belt in Tai Kwon Do and is a father to three beautiful children. His wife Erin is an IT Specialist for the East Grand School District and a vocal coach/music teacher.

Sawtooth Mountain Builders, Inc. takes great pride in affording its clients with a first-class customer experience. Quality relationships are cultivated with honest feedback, realistic timelines, and timely two-way correspondence. Time and again, what is heard most frequently from their clients is the ultimate compliment: They acknowledge that the project is in the best of hands, and their trust is all encompassing; they’re able to rest assured that even the finest details are taken care of in a manner that would satisfy even the most discriminating construction connoisseur.

Sawtooth Mountain Builders, Inc.’s construction services are sought after by developers and prospective homeowners for their hard earned reputation for professionalism and their commitment to quality on every level.